Gouda cheese is one of the best known and most popular cheeses. The cheese is named after the Dutch city of Gouda, where the cheese has been traded for centuries. Gouda cheese is also produced abroad, since the name and shape of the cheese are not patented. In the Netherlands, this cheese is produced by, among others, our parent company DOC (Dutch Original Cheese) in Hoogeveen. The cheese is made from pasteurised milk and contains no additional colourants or preservations.

The young cheese is soft and springy, with a buttery smell. The taste is somewhat toffee-like, with a hint of nuts, but very mild. The cheese is suitable for many purposes: on sandwiches, in salads, as stuffing for snacks, and as garnish for pizza or bread rolls. 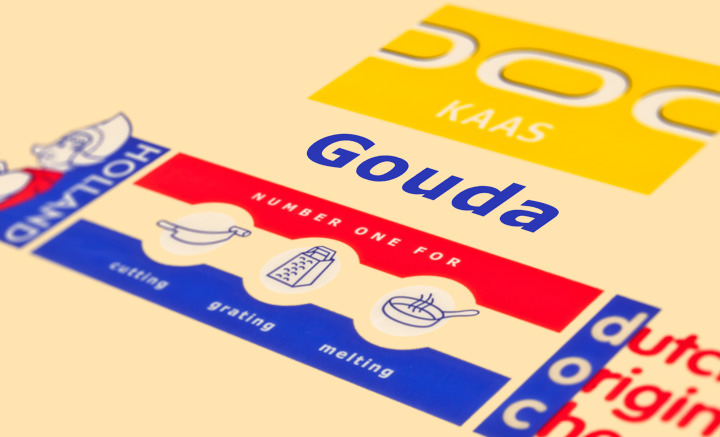 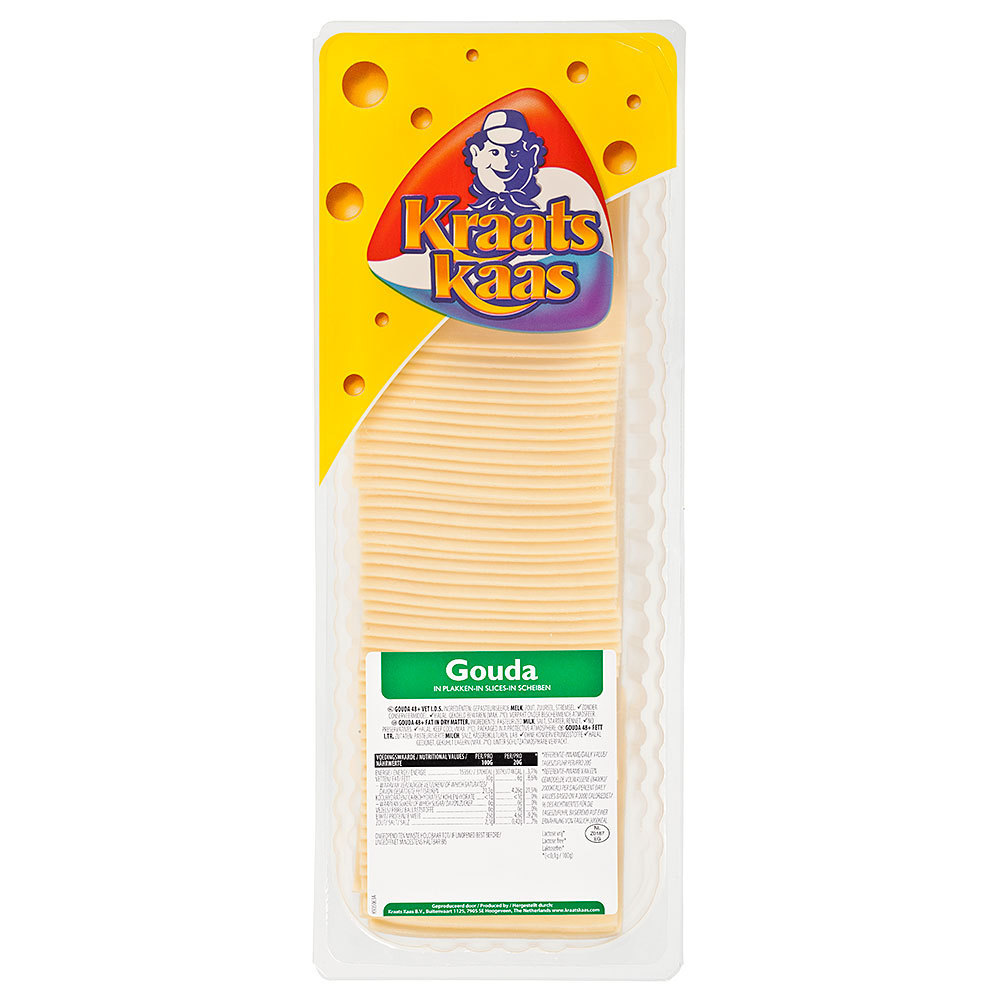 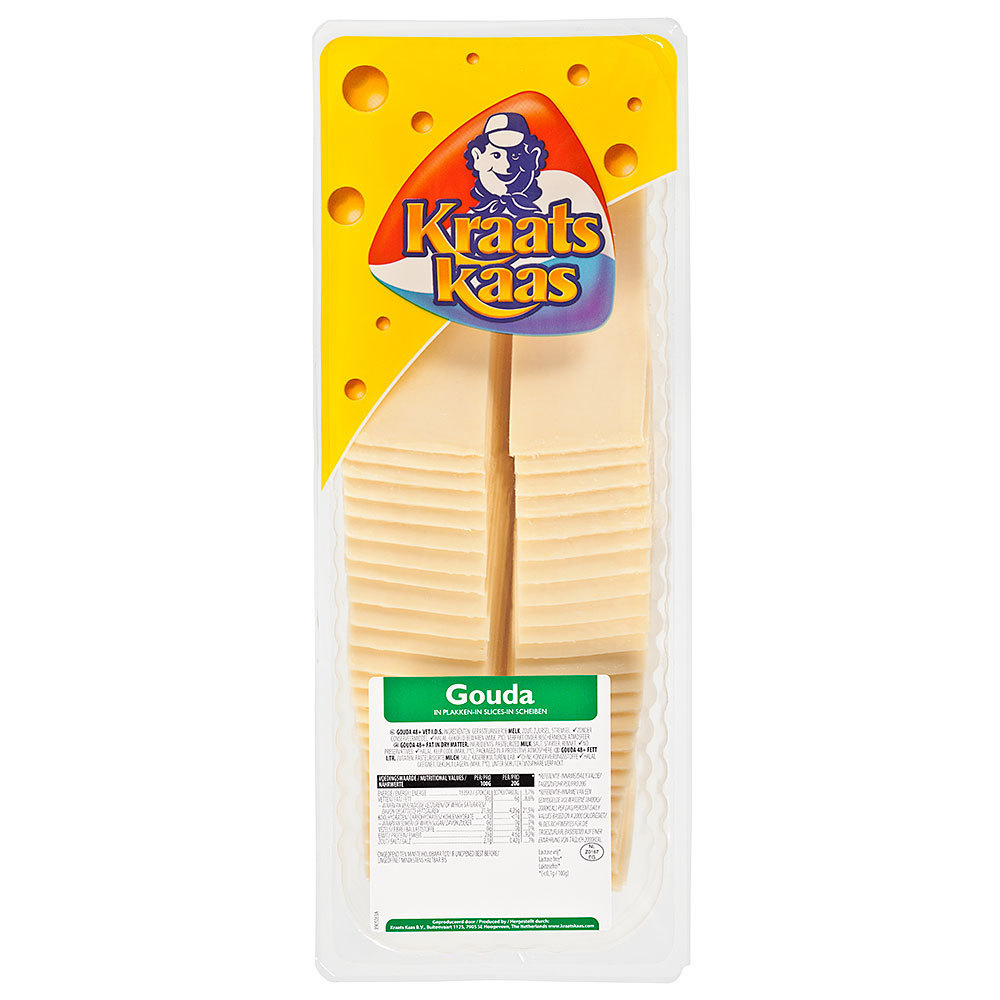 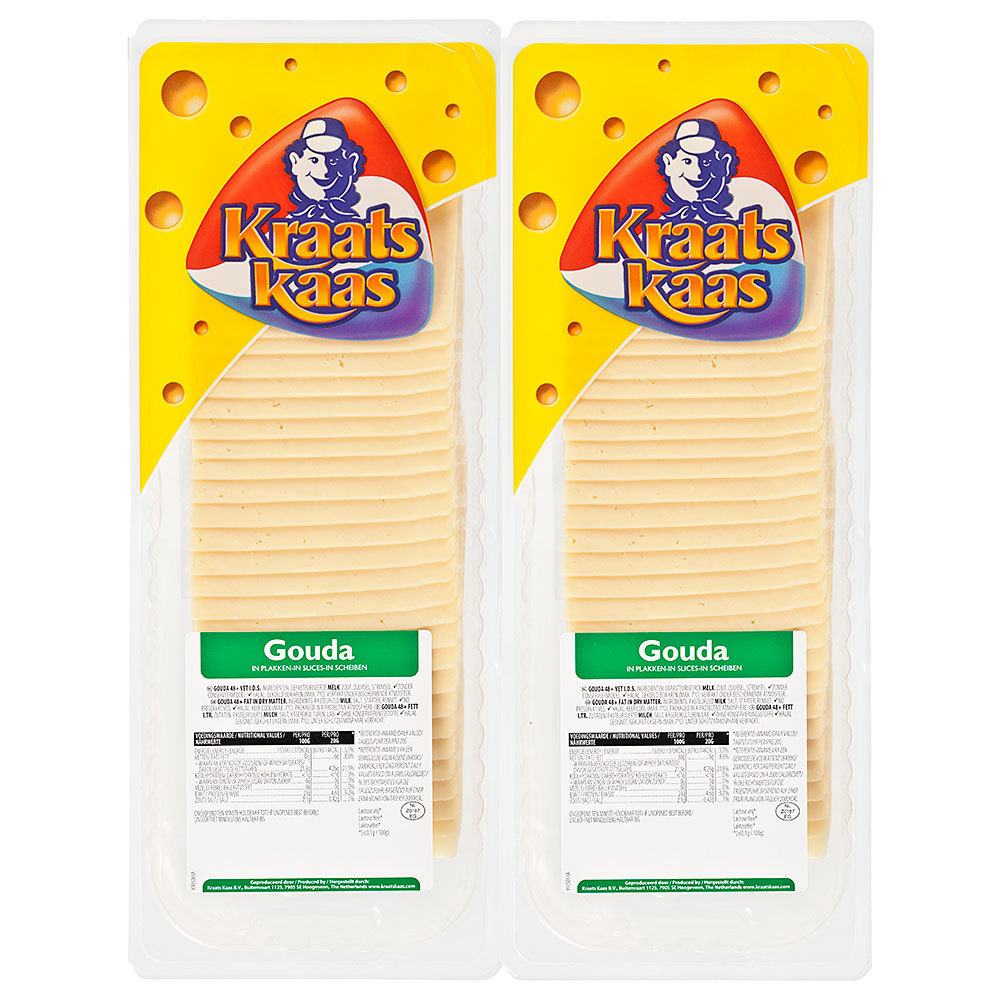 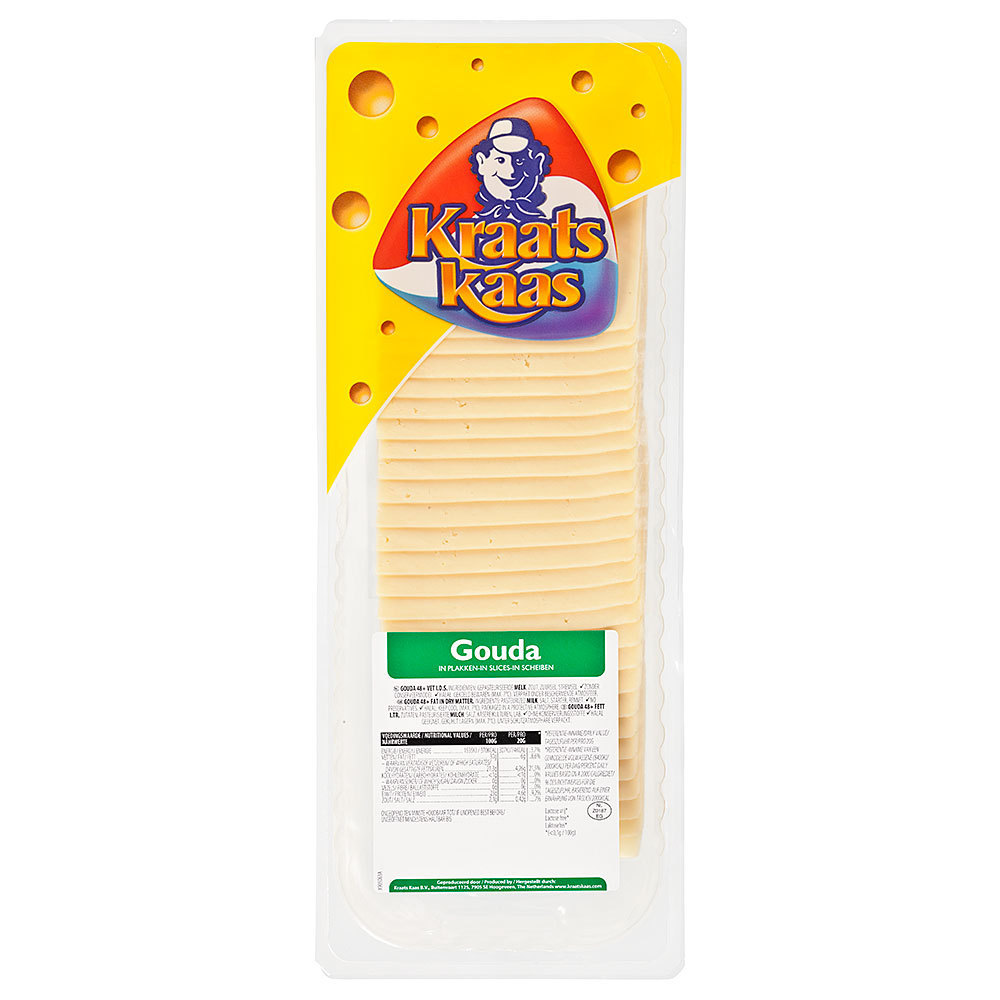 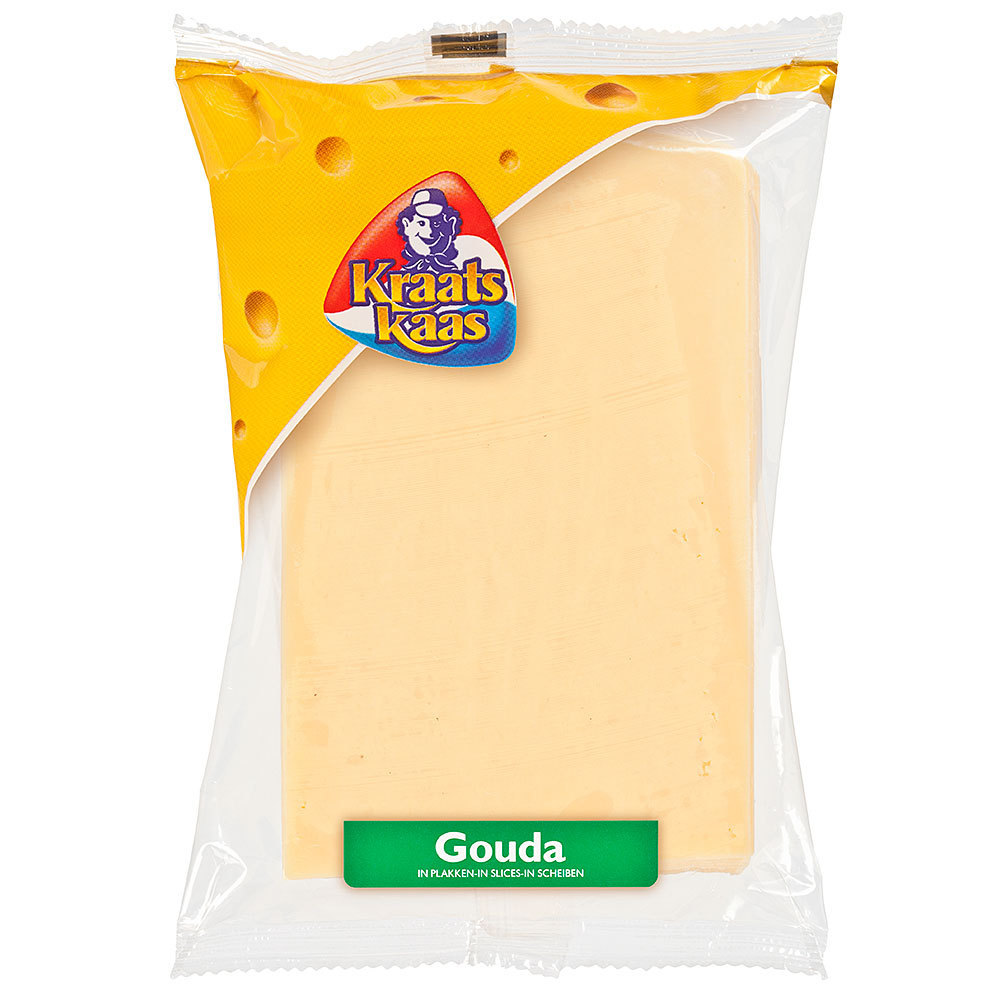 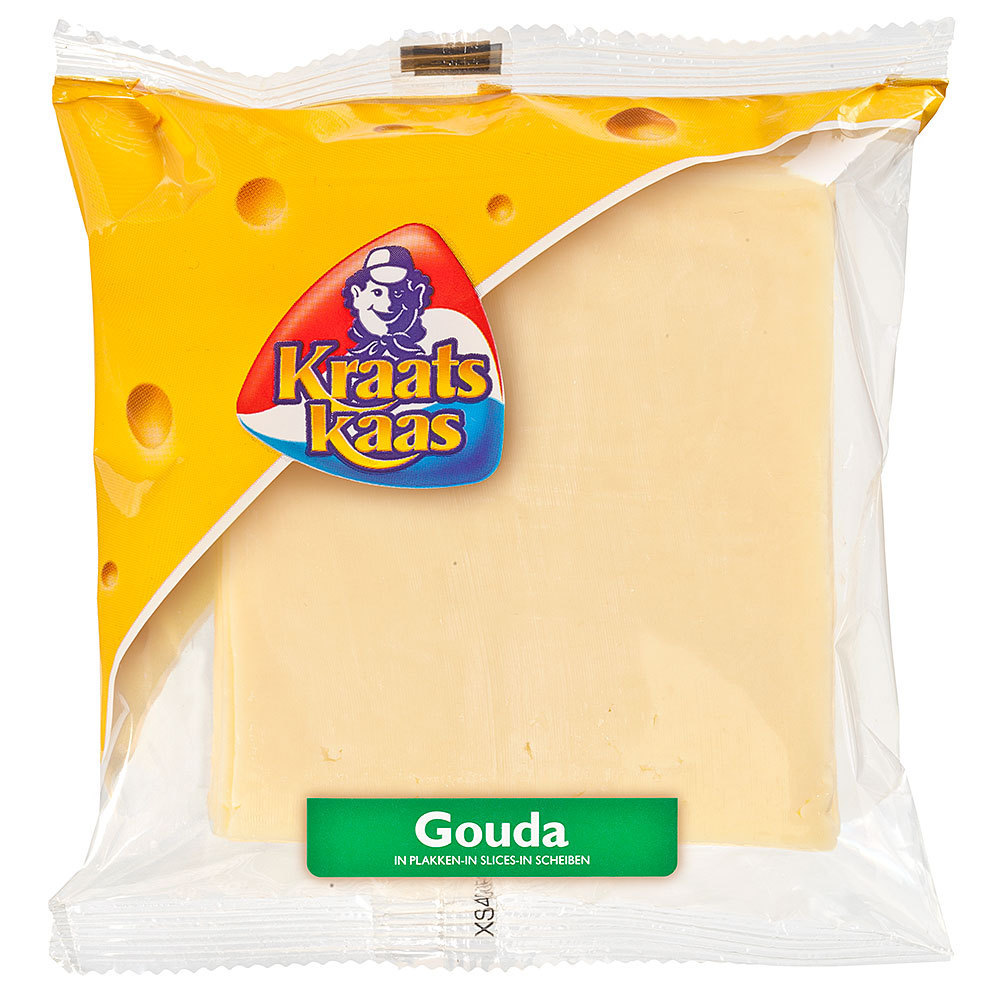 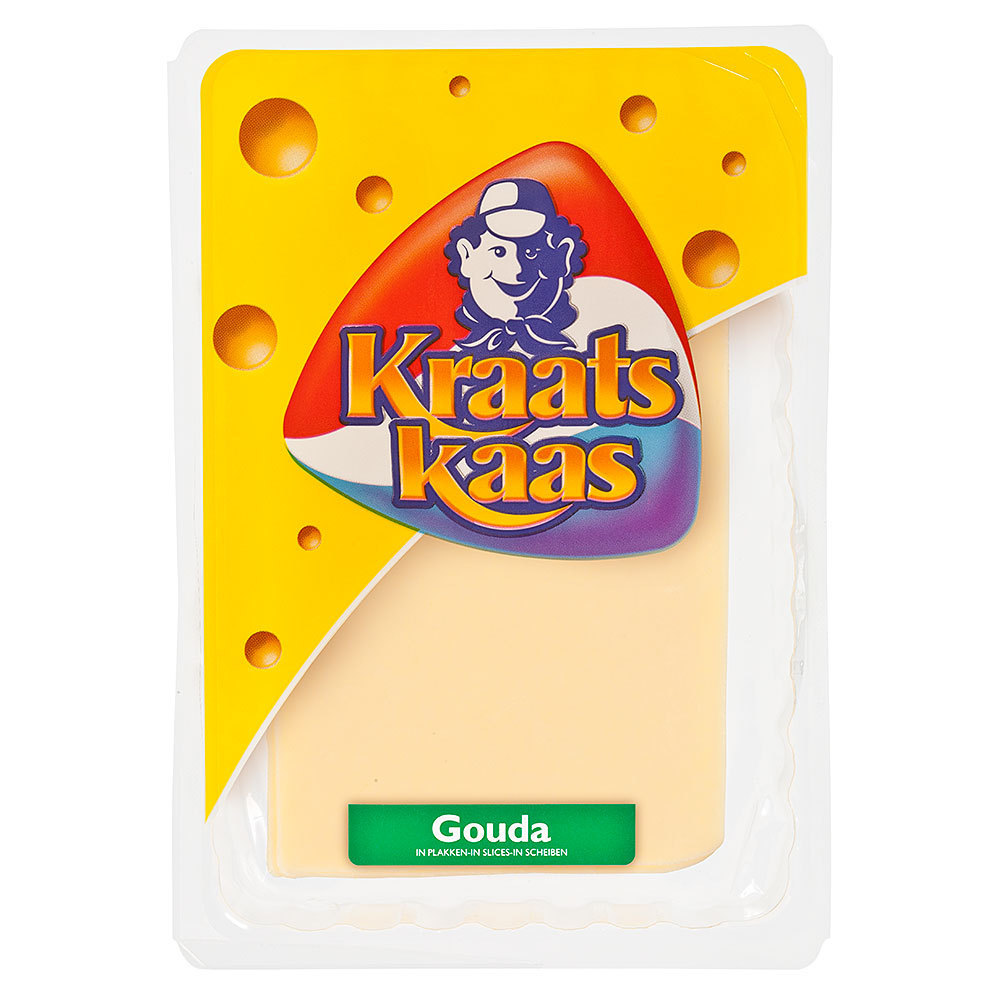 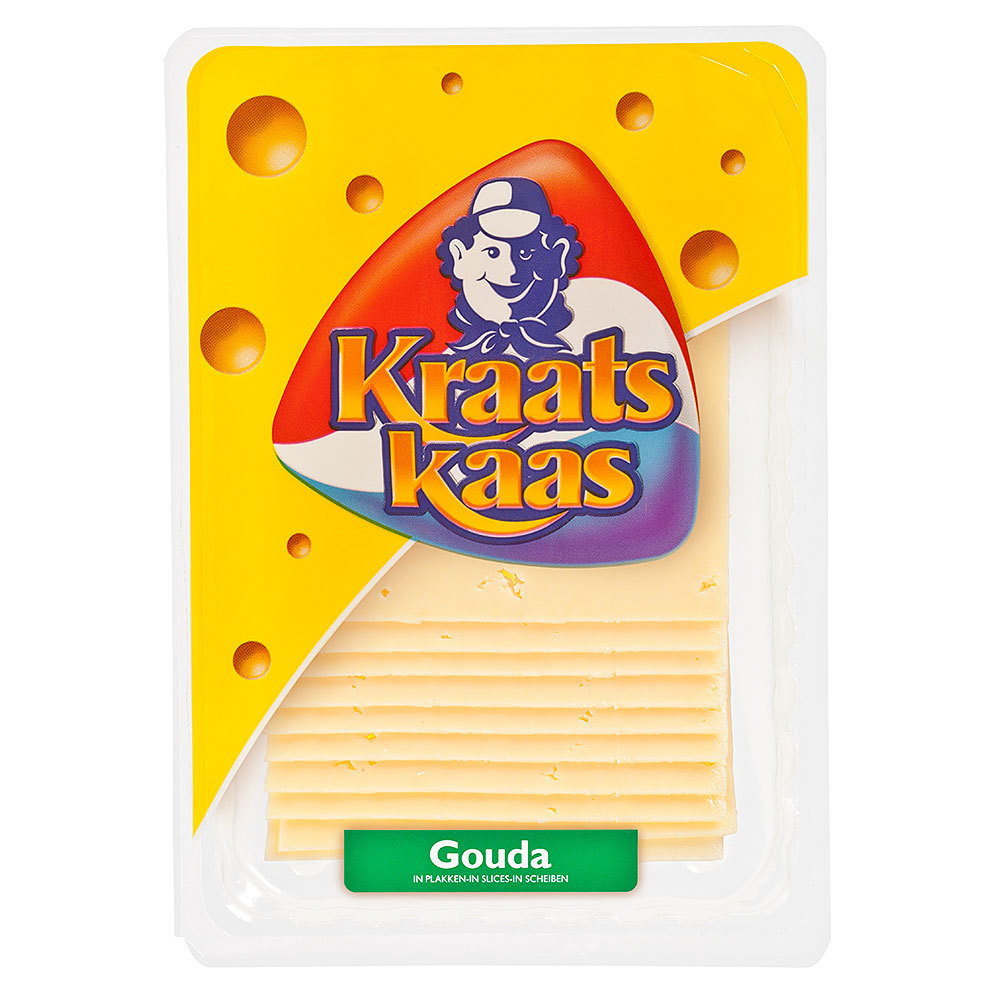 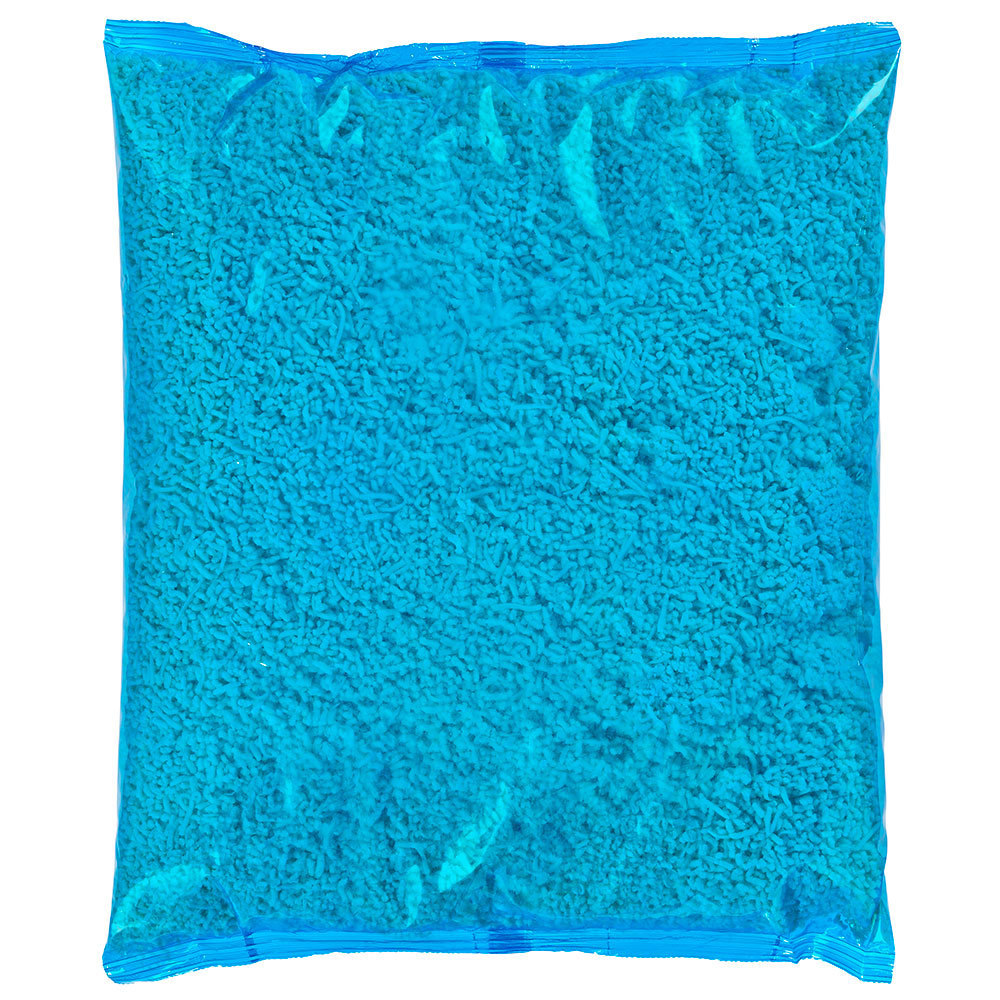 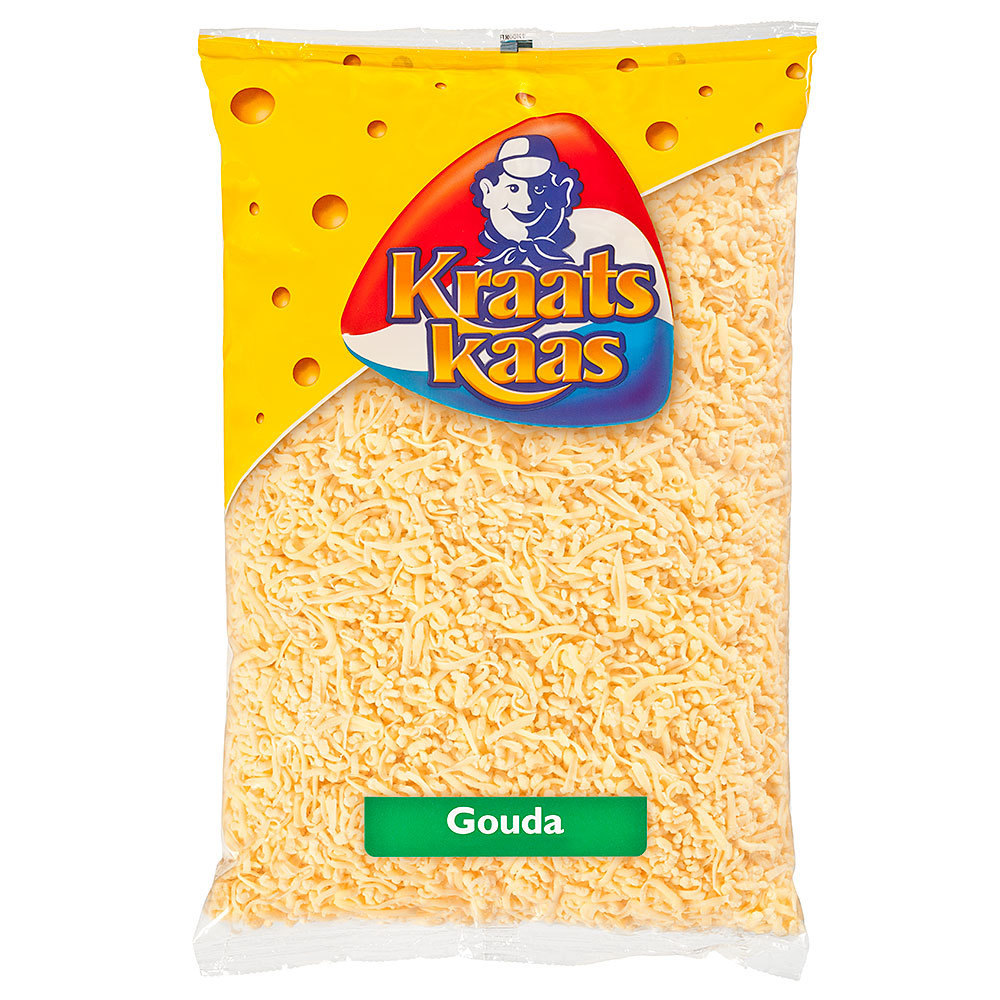 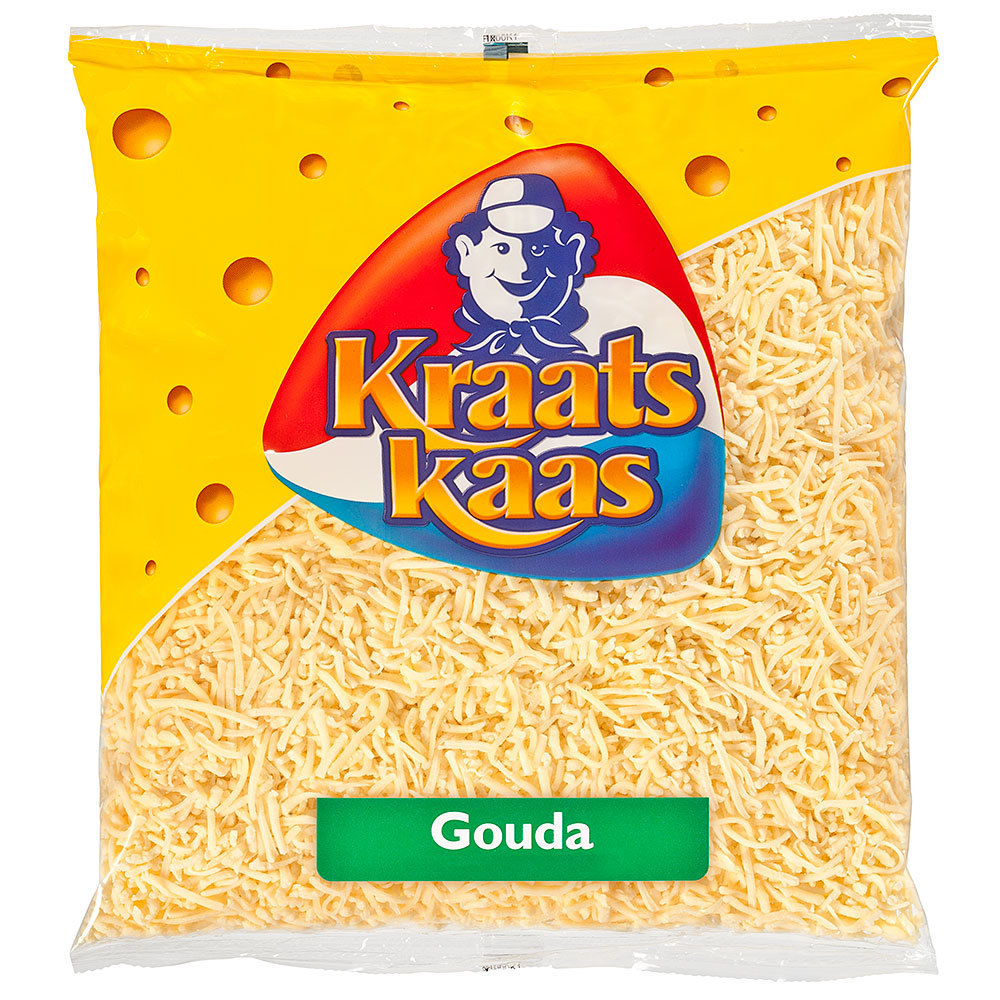 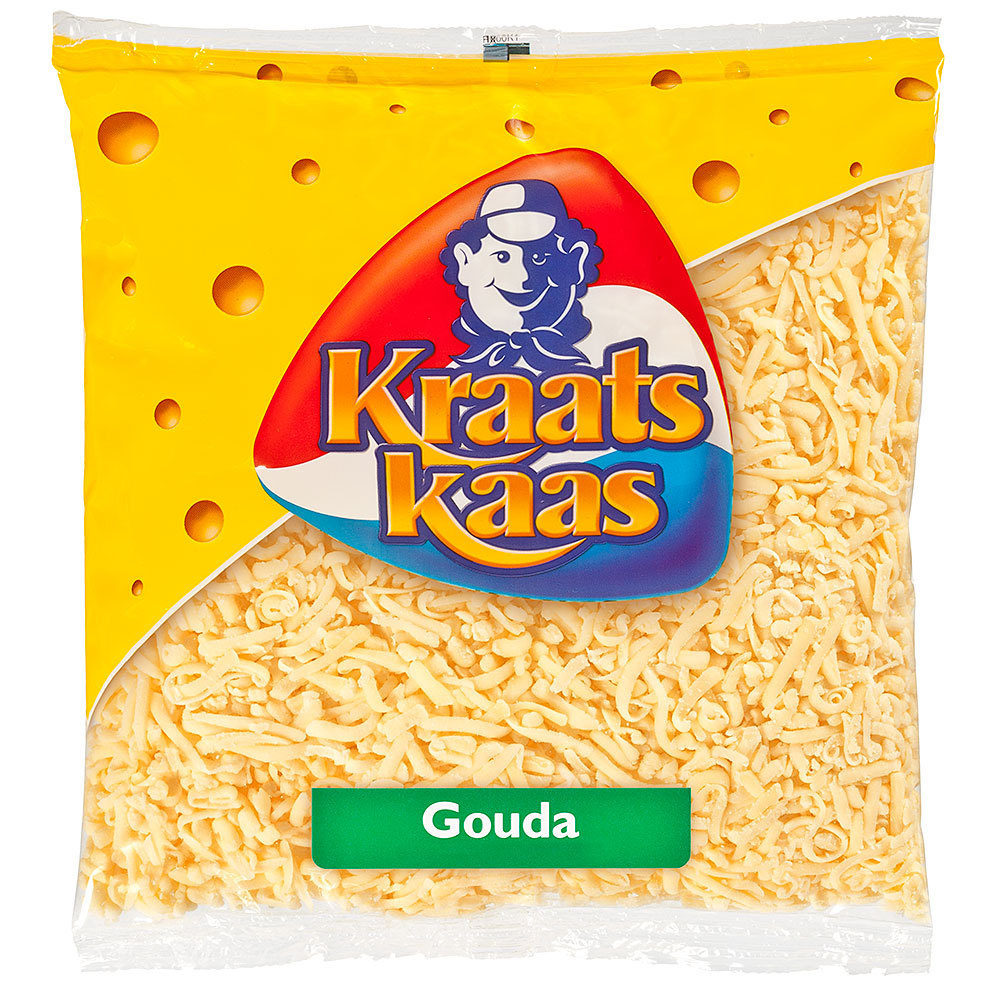 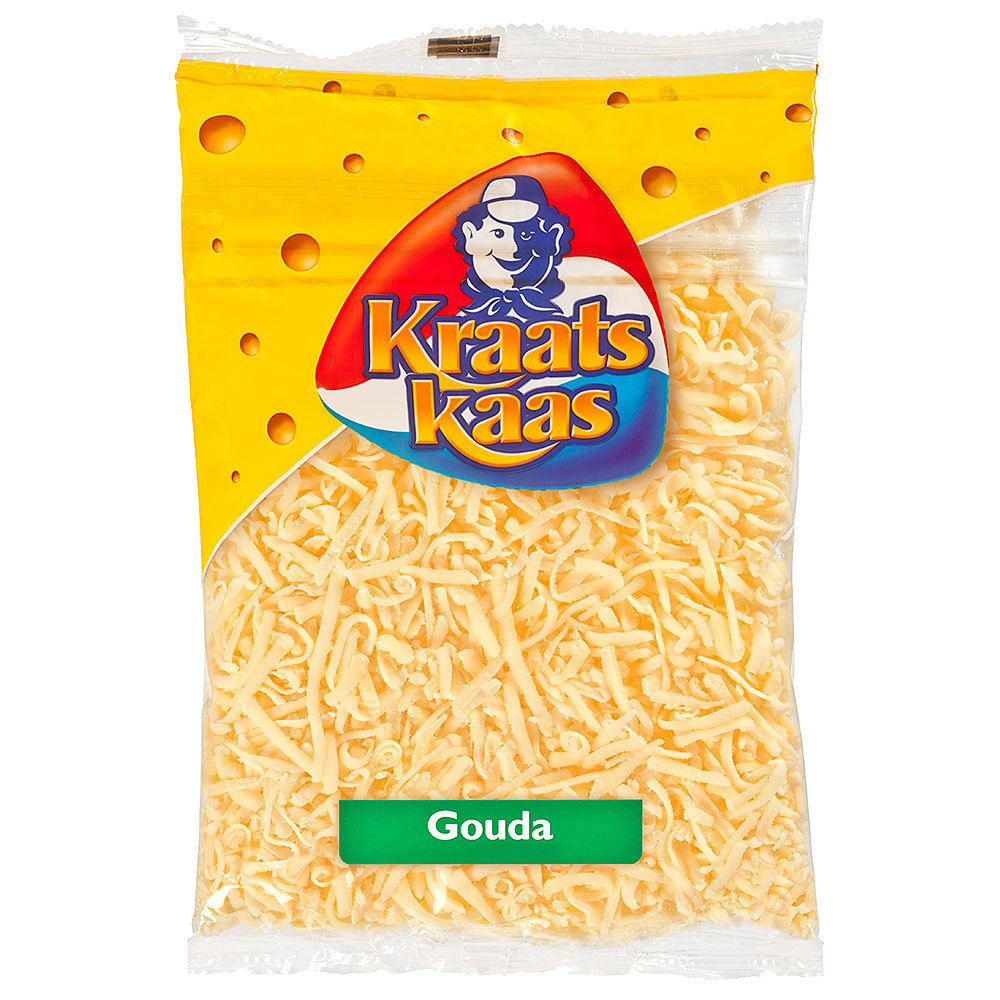 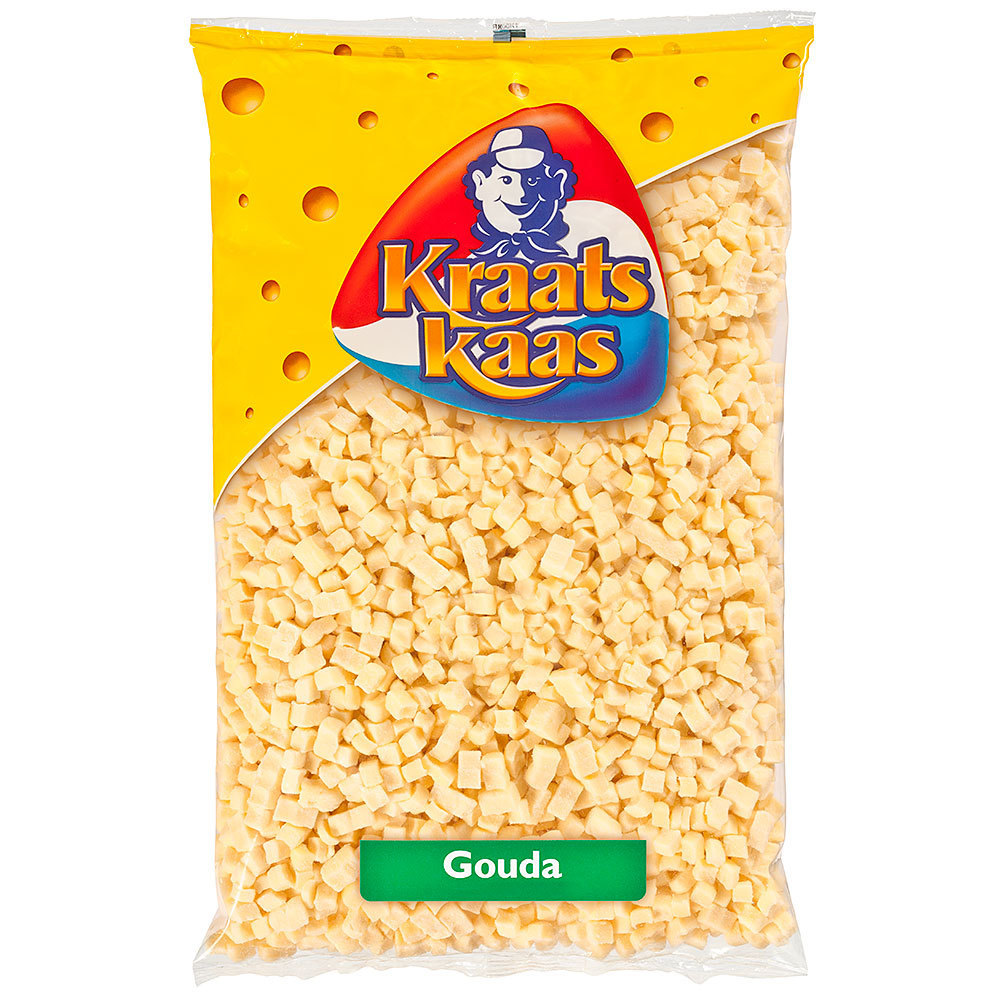 At Kraats Kaas, cheese cubes are available in 4x4x4mm to 10x10x10mm sizes. We can offer you different cheese types and packaging sizes.

Kraats Kaas’ salad cheese sticks are available in size 4x3x39mm. We can offer you different cheese types and packaging sizes.

Kraats Kaas has three types of cheese loafs in its product range. These are made with Gouda 48%, Edam 40% and Emmental 45%. They are packed 4 x 3kg per box.